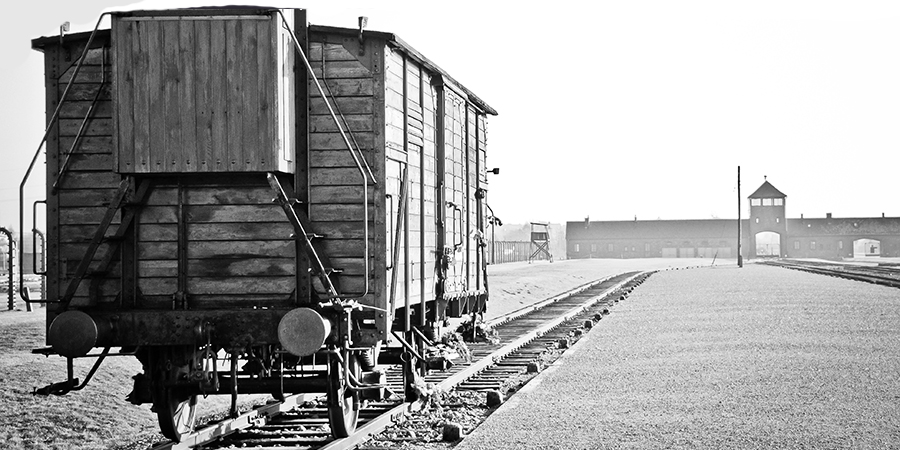 We were faced with the question: What about the women and children? I have decided on a solution to this problem. I did not consider myself justified to exterminate the men only – in other words, to kill them or have them killed while allowing the avengers, in the form of their children, to grow up in the midst of our sons and grandsons.  The difficult decision had to be made to have this people disappear from the earth.

A little while ago I was swinging my dick around on Twitter and soon enough various people were telling me that the left are the real fascists. One of ’em stuck out more than the others. As is customary when you find someone real dumb on Twitter, I clicked his profile to have a look. The pinned tweet was denying The Holocaust (it’s since been changed). He claimed that “only” 270,000 people died in nazi prison camps, and “only” half of those were Jews. I called him out, told him he’s an antisemite, and it’s ridiculous that someone denying The Holocaust would call me, an anarchist, a fascist. A word he clearly doesn’t understand the meaning of. Go read some Eco.

END_OF_DOCUMENT_TOKEN_TO_BE_REPLACED

Please share this, I need this. Please. Please? WELL FUCK YOU THEN! ....Please?